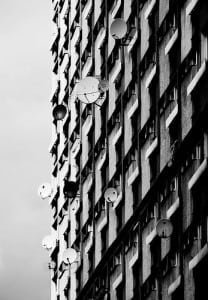 [Via Satellite 08-22-13] There are likely to be more than 250 million pay-TV satellite subscribers by 2018, according to a recent research issued by Digital TV Research. Simon Murray, the author of the “Global Satellite TV Forecasts.” report told Via Satellite that Africa and Asia could be the most interesting opportunities for DTH over the next few years.

“There is still plenty of room for growth for satellite TV as new markets open up,” Murray said. “Satellite TV is easier to set up in new markets, such as Sub-Saharan Africa, where there is little infrastructure for cable, IPTV or even DTT. There will be plenty of growth in Sub-Saharan Africa, but I think that there will be more in Asia Pacific where some markets – such as Indonesia – are virtually untapped,” he says.

Digital TV Research believes India and Brazil alone will add more than 33 million satellite TV subscribers between now and 2018. However, the report cautions that a number of countries will see subscriber falls as people move to other platforms. While he sees a growing trend for IPTV and even cable operators to offer satellite TV bundles, which can be beneficial to satellite TV operators, Murray warns for threats posed to satellite.

Interestingly, Digital TV Research said the United States will continue to be the DTH market leader by revenues generated, although its share of the total will fall from 43.5 percent in 2012 to 38.7 percent in 2018. Brazil will add the most DTH revenues ($3.5 billion) between 2012 and 2018, almost doubling its profits in the process.